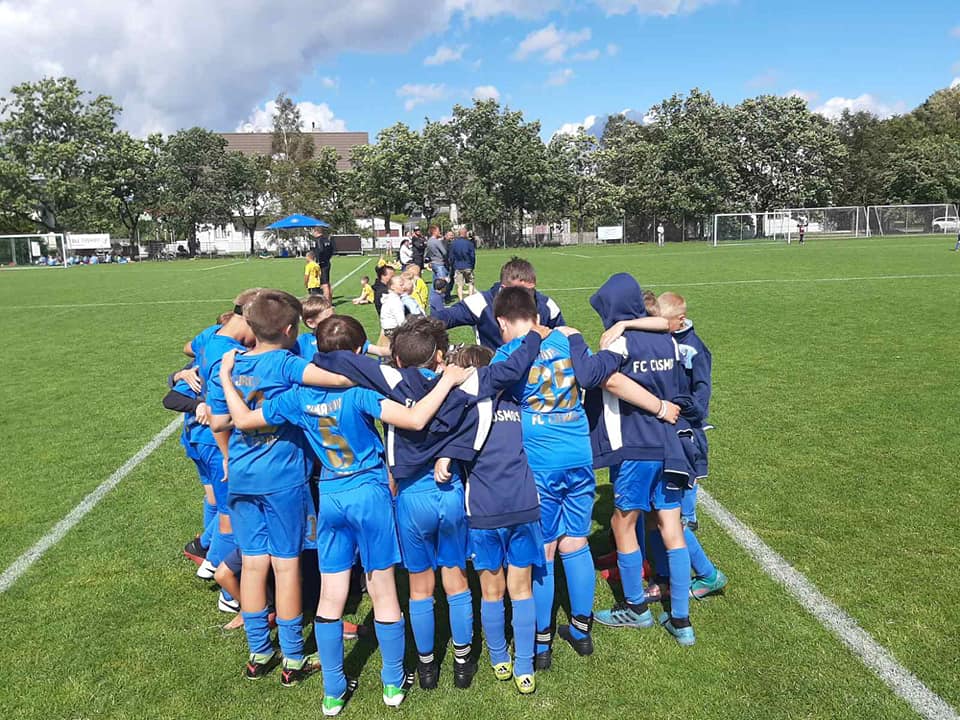 There were 8 teams of those born in 2009 and they were divided into two subgroups. The teams were excellent, the level of play was high and a lot of good, sporting emotions fit into one sporting weekend!

The FC Cosmos team was assigned to group B, where our rivals were FC Levadia, FCI Tallinn, MRJK Viimsi.

The first match with FC Levadia ended in a draw; the final score was 1-1.

The opponents for the next match were FCI Tallinn. Unfortunately, FC Cosmos lost by only one score. 0-1.

The third match with MRJK Viimsi ended with a score 1-0 with a victory of FC Cosmos.

Thus, according to the results of the first game day in the group, the FC Cosmos team took the third place. This position in the leaderboard gave us the opportunity to compete in a play-off for the final places from fifth to eighth with the second team of FCI Tallinn, which finished fourth in Group A.

After a confident victory in the penalty shootout, the main task for Sunday was the match with the FCI Tallinn team from subgroup B, where it was decided who would take the final fifth or sixth place.

A quick goal to our team! Unfortunately, despite taking the lead in the group stage match against tournament winner MRJK Viimsi, FC Cosmos ended up only the sixth in the tournament.

Thanks to the players for games with serious rivals, parents for their warm support, and coaches for training our young athletes!