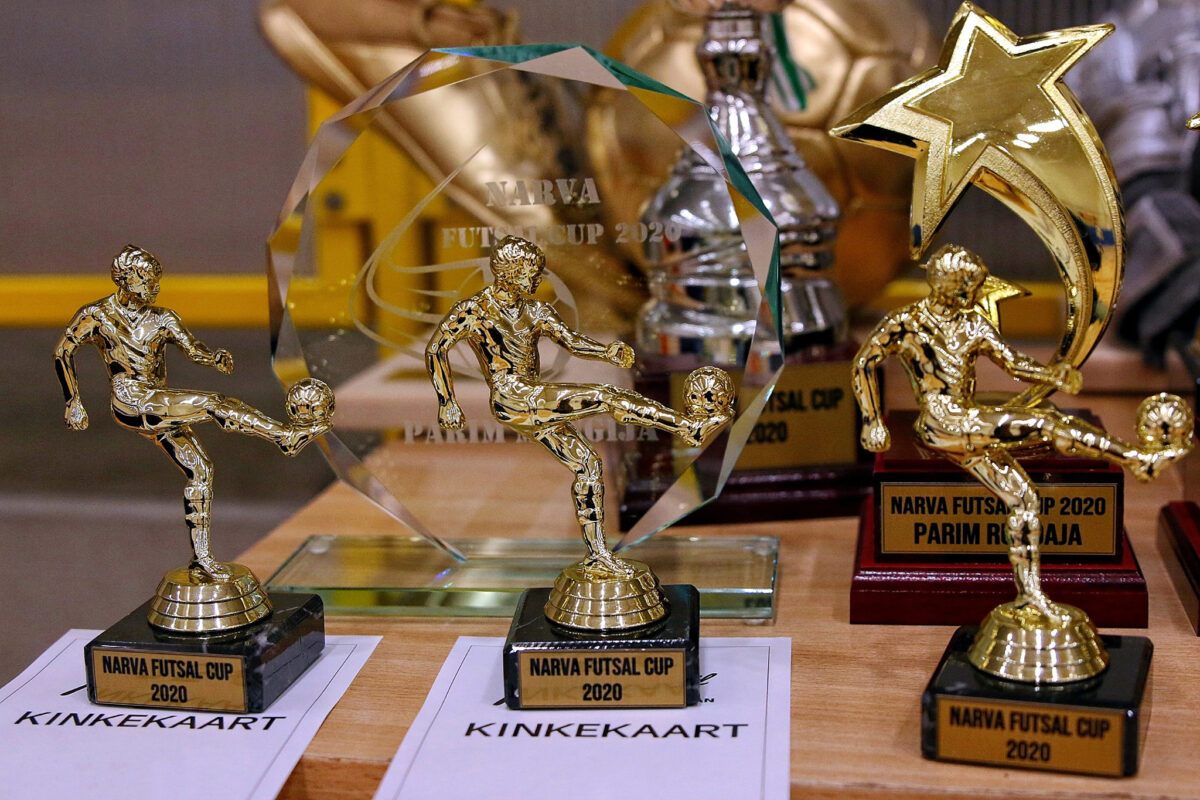 5 teams from Estonia took part in the futsal cup.

At the first stage of the tournament, all games were played in a round, all the teams played with one another. 4 semi-finalists were named at the end of the round-robin tournament and they continued the game.

The semi-finals brought unexpected results. Not all favorites made it to the final. The losers were the Narva United 1 players, who lost at the first stage of the play-off to their fellow countrymen – Narva SK Ganza in a very persistent match, where the main final participant was determined only in the penalty shootout.

The second semifinal match was a struggle for FC Cosmos from Tallinn who had hard time in beating the team of the Estonian championship participant – FC NPM Silmet FC Sillamae, which was not represented in the most optimal line-up. This match abounded with tough struggle on every part of the site. Emotions at times went off scale. Both teams tried to make it to the final of the tournament.
But only Cosmos players succeeded. 3-1.

The match for the third place turned out to be extremely spirited! Narva United 1 won bronze medals.

Serious struggle at every corner of the site, passion and desire to become the winner of the “NARVA FUTSAL CUP 2020”, the main and final match saw it all.

The beginning of the match showed that the attacks of “Cosmos” were sharper than those of their rivals from Narva. But, as happens in sports – if you do not score, you miss a tally! This rule worked out! The first to strike were the futsal players from Narva SK Ganza. The missed ball put Cosmos players in a difficult position. The effort and desire to win back were fruitful! “Cosmos” scored more than once and quite expectedly and rightly won the main trophy of the “NARVA FUTSAL CUP 2020” tournament!

All nominees received prizes and awards from the organizers and partners of the 13th Narva City Futsal Cup “NARVA FUTSAL CUP 2020”.

The best players of the tournament from the team FC Cosmos: